Is there any way to save this #14 Split Molar from extraction?

In the CBCT scans you provided, you can see that the crack penetrates the floor of the pulpal or nerve chamber.
In such a case I would recommend extraction.
Upvote 0 Downvote
K

So as the tooth extraction date nears, just a final check to see if the tooth can be saved with a root canal procedure and a crown as the aae.org website suggests (see cracked tooth discussion attachment picture).

The actual #14 molar is shown in a mirror view picture from a recent dental visit. The tooth has basically been in the same shape for the last 3 weeks. On some days it feels great and secure when chewing food. On others it feels like it swollen underneath it and elevated compared to the surrounding teeth. This situation eventually subsides with rest and the tooth resecures itself. The swelling and resecuring then repeats itself over and over again syndromatically.

Temporary dental filling material is shown in the picture running the length of the crack and has been helpful sealing the crack and keeping bad odor minimized. However it only lasts about a day and needs to be refilled in order to be smooth feeling. A recent switch to orthodontic wax proves to be a superior solution as it is easier to work with and holds just as well.

My only concern is that the extraction doesn't need to be performed and could possibly be saved. It is not clear if the crack shown in the #14 CBCT scan matches the Non-treatable condition in the aae.org picture and extends into the gum line or it is more on the Treatable side with a root canal procedure and a crown.

That tooth is untreatable; totally unsalveagable. Have it extracted ASAP.
Upvote 0 Downvote
K

OK. But on researching the cracked molar problem, the following 2 restoration methods were found. It was hoped that either might be able to work in this case.

B: An alternative procedure was found where the tooth was carefully extracted, repaired externally from the body, and then replanted a few weeks later.
Upvote 0 Downvote

No, the crack extends into the fur cation area and so it is HOPELESSLY infected. An ortho band might physically hold the broken pieces together, but no endo treatment can clean and seal that crack. You must extract, then consider implant.
Upvote 0 Downvote
Ad

OK. OK. OK. Given unanimous consensus, the split molar tooth has been extracted. ) 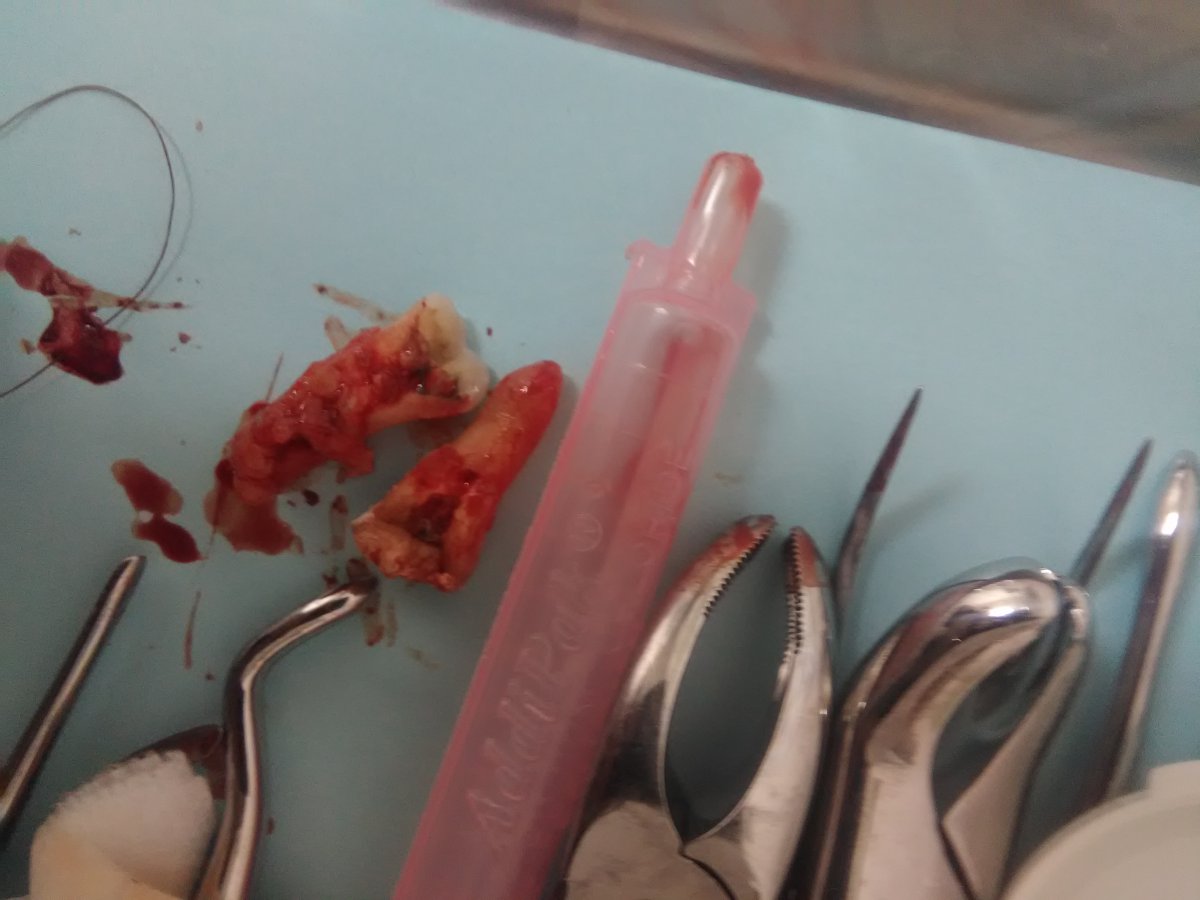 Good for you. Hope you feel better soon.
Upvote 0 Downvote