I was intending to investigate my daughters orthodontic dental treatment earlier on in the year but got cold feet. But now she has had the brace removed and correction work done I am really curious as to whether she has been treated well.

She had the brace on for 5 years in order to reposition an impacted canine. This procedure was unsuccessful and has left her with the tooth ankylosed. Our local hospital has done an excellent job of repairing this problem and built on what has been exposed and fingers crossed it lasts a long time. However her two front incisors have been left sloping at the edge and at approx. 30 degrees angles opposite each other. As if she has been chewing on a pen for a hell of a long time. There was signs of wear to the edge of those teeth at the beginning of treatment but now those signs are so much worse that expensive repair has been necessary. I have looked into this and had looked at x-rays and it appears to me (someone who know nothing about dental treatment) that the two teeth have been remoulded over time. Yet after complaining to the practice the orthodontist has written to us stating that the crown and roots of the teeth can not move independently and no remoulding has taken place. I have sought second opinions but these are only concerned with best ways to move forward and don't want to comment on how they got into this state. It is very frustrating and I would welcome any advice.
Ad

Do you perhaps have a photo the affected teeth?

Hi there and thanks for your interest.

I have attached three images. The first is the progress of the teeth over 5 years brace treatment. And then one collection of x-rays taken over the years. The last one is a close up of the first x ray image. Please let me know if you want them any bigger. 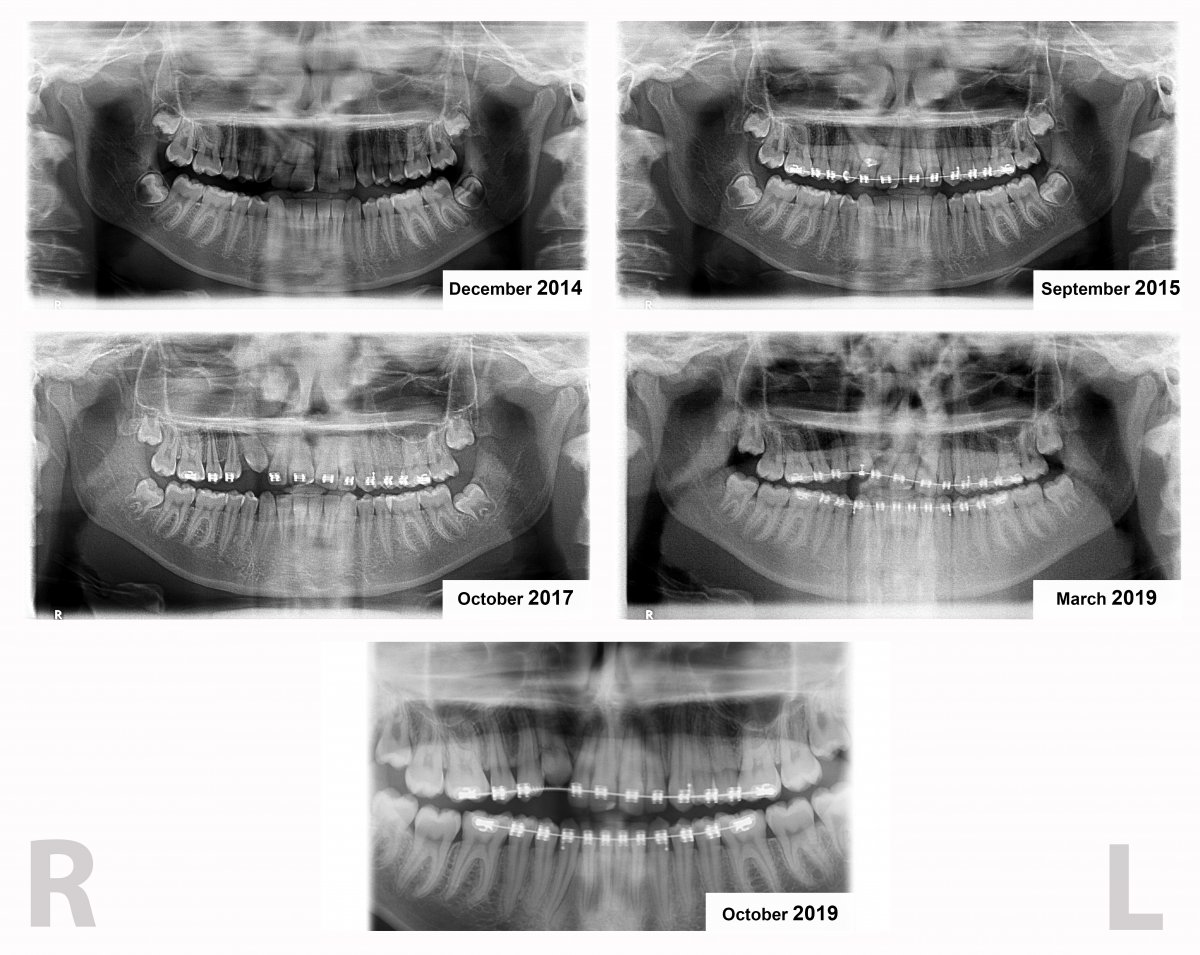 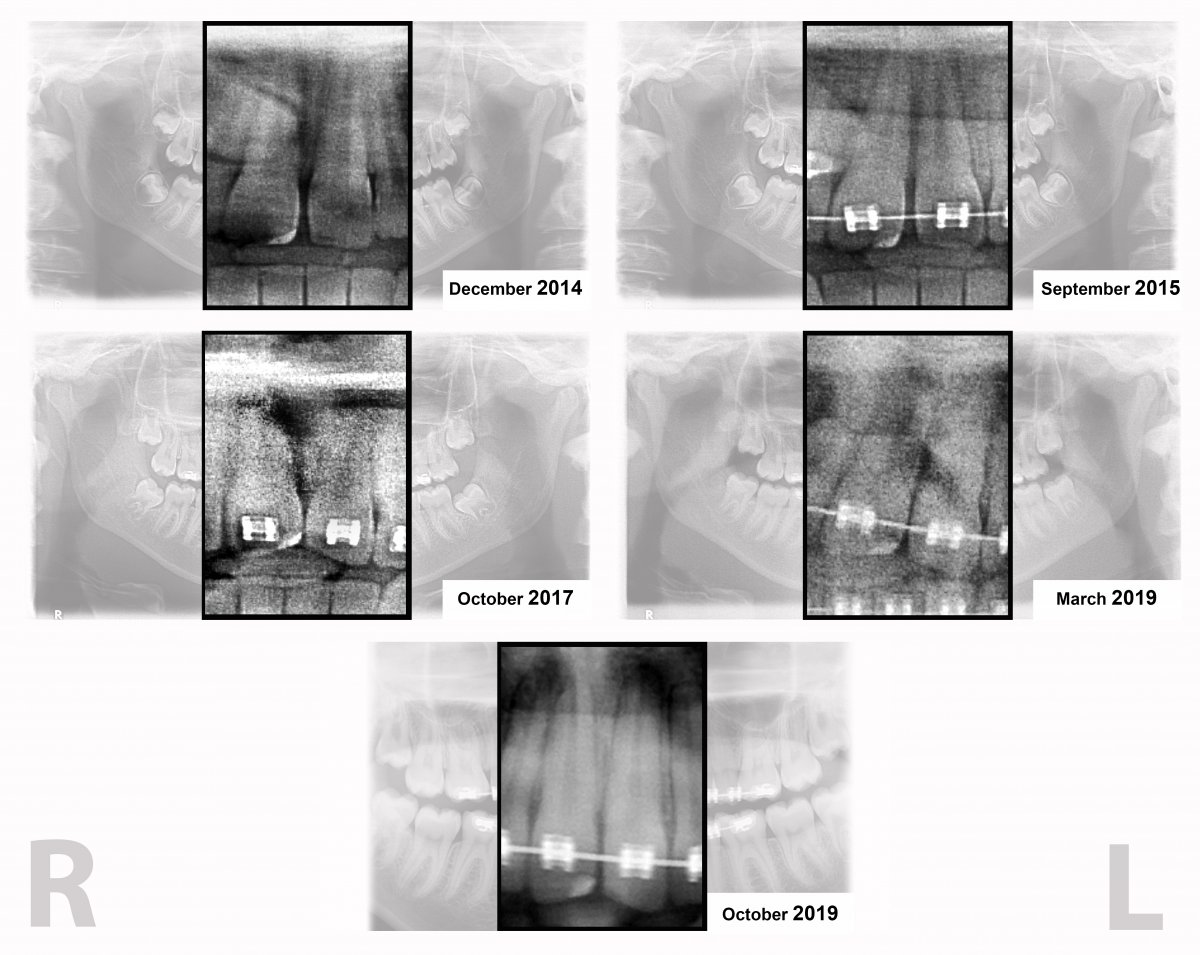 I have never heard of remolding of teeth after orthodontic treatment as you are describing it. On the clinical photos it almost seems as if the teeth were rotated and angled in such a way in order to close the diastema.
So it seems that your problem is maybe an angulation problem?

I understand what you are saying about it being an angulation problem in order to close the diastema. That is the first conclusion made by most. However if you look at the X-ray from October 2017 and tilt the front teeth back into central position (so as to appear in the same position as October 2019) the angulation of the edge of the teeth remains the same as in October 2017. Surely the angulation would drop if remoulding wasn't a thing and tilting was all that had been done and was needed? Believe me I have tried this with Photoshop and if it was a simple case of angulation the edge would be in a different position to it is now. Basically with enough constant strain over 5 years can the crown and the roots act as if moving independently, particularly as they are still growing?

Surely if the teeth are still growing and being pulled by both the brace and the root pocket (whatever that is called) then over 5 years they could actually become twisted or 'remoulded'? Please find attached illustrations which may explain what I am trying to get across.

Again thanks for any help or advice.