I am on incognito braces to fix midline and overbite. I chipped a bit of ny front tooth and don’t want bonding since it’s not permanent solution.

Orthho said it is possible to Adding length with rubber/and braces to a chipped tooth then sand later on,

But will the gums also go down when tooth is pulled?

My tooth chipped and they said instead of bonding, later on, after the entire treatment, they can use rubbers behind or something to pull the tooth down to increase length which was shorten then it can be smoothen by sanding?

My two front ones are big enough but the chip made the other one short after straightening it temporarily.

Can a chip front tooth be fix by pulling down the tooth using rubbers to increase length, instead of bonding which can chip later on?

*After it was smoothen temporarily 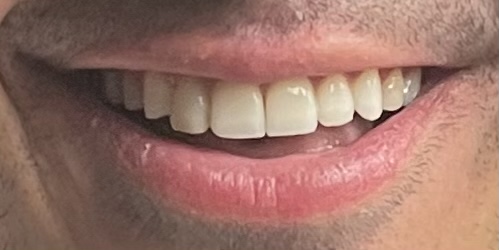