Should I save this implant? (bone loss + peri-implantitis)

I have a 10-year old implant in my #11 tooth, which has now suffered a significant amount of bone loss, along with a diagnosed peri-implantitis. I have visited a couple of dentists and they differ on whether the implant is worth saving. Also, there are competing opinions on whether to use autograft vs bovine-based graft, but this, I think, is the less relevant issue.

Saving the implant was argued compellingly, as the least invasive course of action. The implant itself isn't moving. Of course, the price is also compelling, vs the alternative.

The alternative is to remove the implant altogether, which is almost 3-fold more expensive, but was argued that it is the safest, most prudent bet... while at the same time, this dentist was a bit pessimistic about the possible success of the new (auto) graft, adapting... saying that my case has a high risk of failure.

So I'm confounded as to whether the first is overly-optimistic, or is the second just covering for himself, or non of the above (I appreciate the notion that, in healthcare, there are no guarantees). 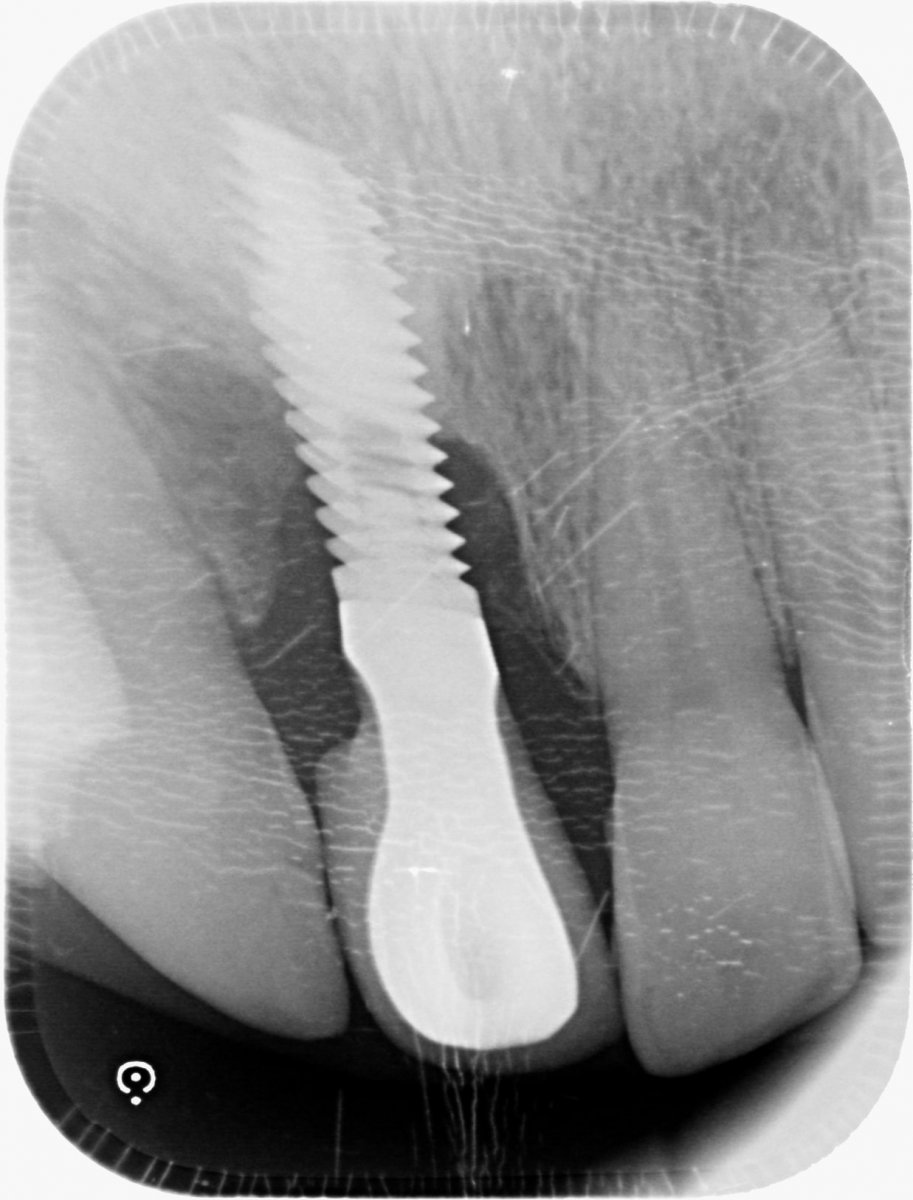 Any opinions? Here is an image of the implant.
Ad

Sort by date Sort by votes

Other Xrays taken over time would help us gauge how active this problem is. But even using that single Xray and a history of peri-implantitis, I'd suggest you have it removed ASAP. The longer it stays there, the more bone you will lose, and the more difficult it will be to make ANY type of replacement, be it an implant, bridge, or denture.
I don't like your chances of a new implant at all. You might want to look at the possibility of a simple cantilever Marylands bridge off the canine after you've healed up.
Upvote 0 Downvote
I

Thanks for your input.

Si you don’t think it’s even worth at least trying to graft it and see if it keeps?

When you say there’s a risk I won’t be able to make any type of replacement... is there’s a scenario where only a prosthesis will do?

Totally agree with 2nd dentist. Poor chance of keeping this implant; poor chance of grafting and new implant working. Time to cut your losses rather than throwing more money at this situation, sorry.
Upvote 0 Downvote
Ad

I appreciate your honesty. I'm probably going to go for a bridge. The main challenge at this point seems to be saving my gum line.